Congratulations to three generations of the Mink family

From our family to yours, congratulations to three generations of the Mink family and to all of your future successes.

The Spot: The Oyster House 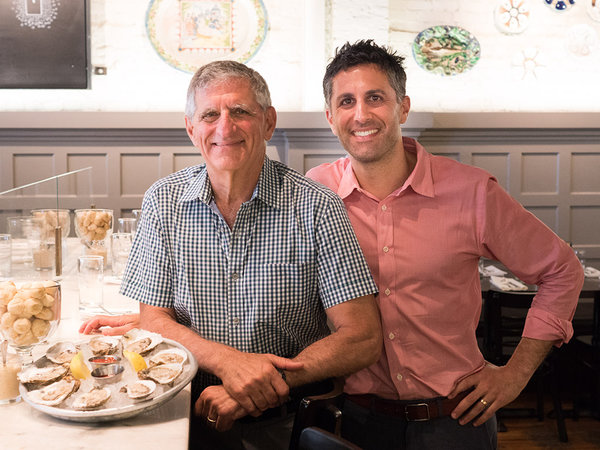 We always hear about the shiny, new restaurants. The Spot is a series about the Philadelphia area’s more established dining establishments and the people behind them.

South Philadelphia native Sam Mink was not a restaurateur by trade – he was a lawyer. While representing the estate of the recently deceased owners of Kelly’s on Mole Street, he discovered that their kids had no interest in continuing to run the popular Center City seafooder. He sensed a good business opportunity, and in 1947, he bought the restaurant in partnership with a man who had lots of industry experience.

Five years later, though, that partner eloped with one of the cashiers, leaving Mink no choice but to become intimately involved with the restaurant’s operations. It was a position he grew to relish, especially because his clientele was very much a lawyer’s crowd – Kelly’s was a regular stop for politicians, judges and others who worked at City Hall, just a couple of blocks away. The block now sits beneath Penn Center, just off Market near 16th.

In 1969, the entire block of Mole Street was condemned, and Kelly’s shut down. Mink found a new location around the corner at 1620 Ludlow St. (below what is now Liberty Place), and prepared for a move. Two months before the restaurant was due to reopen, Mink died suddenly at 60. His son David, a year from finishing college, dropped out of Cornell and moved home to run the restaurant for his grieving mom.

David ran Kelly’s on Ludlow for around a year, at which point his mother asked if he was interested in buying it outright. He was not, so the restaurant was sold. A few years later, though, David had a change of heart. He found a new location, and in 1976, opened the Sansom Street Oyster House at 1516 Sansom St.

For the next 24 years, David poured his heart and soul into his restaurant. He bought the building that housed it and expanded next door. He sourced seafood from around the country, introducing Philadelphians to oysters they never knew existed. He became president of the restaurant association. He opened a brewpub on his second floor. But by 2000, he had been through enough. He was ready to get out of the business.

In 2008, the operator of Sansom Street Oyster House filed for bankruptcy, and the lease defaulted back to David, who had maintained ownership of the building. By this time, young Sam Mink was ready. He moved back home from San Francisco, bringing with him a vision for a truly modern East Coast seafood restaurant. After a year’s renovation that totally revamped the interior, Sam relaunched the restaurant as Oyster House.

A week or so after Oyster House’s sixth anniversary, Sam and David Mink joined each other at a table in the white-tiled dining room for a look back. They talked memories, like when the elder Sam celebrated the repeal of a statute prohibiting oyster sales during the summer by burning the actual law at an outdoor party, and how Oscar’s Tavern was already operating on Sansom Street when they opened up there. They also hinted at plans for the future – Sam is planning a second restaurant, although it definitely will not be another Oyster House.

What’s your first memory of Kelly’s on Mole Street, David? Were you born before or after your dad bought it?

I was born around three months before my father bought the restaurant. My first childhood memory, overall, is of my mother asking the chef to strain the clam chowder, so she could feed it to me. I was weaned on clam chowder.

Did you work there, growing up?

Every Sunday in high school, I was the cashier. There was table service, but at the end of the meal you’d bring your check to the counter to pay. There was a little stall stocked with Chicklets, cigars, mints and things like that.

But you didn’t plan to go into the restaurant business?

Not really. I had one more year left in college when my father died. He had been about to reopen in a new location, and everything was already in motion, so I dropped out and ran the business for my mother – she was only 55, and she was in deep mourning, just devastated. I was 22 years old.

Did you have help from other family members?

My older sister Nancy had been working at the restaurant since she graduated high school, so she helped for a bit, but a few months later she got married and was gone. My uncle Norbert also worked there as a manager, but I fired him. We were about to enter a really busy period, right around Lent, and he said he needed a break, that he was going to Florida for a week or two. I told him, “I need you to stay. If you leave, don’t come back.” He left. I ran the restaurant for around a year until my mother sold it to the Zuritsky family. I didn’t want to buy it.

But then you opened in another location?

I realized that if I could do it on my own terms and not my father’s terms, it might not be so bad. I tried to go back to Zuritsky and buy the lease, but he didn’t want me. So in 1976, I opened up this place.

Were you busy from the start?

Our family already had a reputation, so we didn’t have to advertise, really. Over the years there were peaks and valleys, but we were always able to survive. When the opportunity came in 1983 to buy the building, I bought it. In 1986, we expanded this restaurant next door. In 1989, I opened the Sam Adams Brew House upstairs. It was the first brewery in Philadelphia since Prohibition.

It was the only time the Sam Adams name has been used for a brewpub – how did that come about?

Jim Koch [founder of Boston Beer, which makes Sam Adams] came to do a guest lecture at Wharton. The kids in the master’s program – all they wanted to know about was how much money he was making. They totally missed his point, which was that you’ve gotta do something you love. I was homebrewing at the time, so after the talk I went up to him and said, “Hey, this is what I’d like to do. I’ll do the food, you do the beer, and we’ll be the first in Philly.” We shook hands and that was it. We were 50-50 partners. He trained the brewer [William Reed, now of Standard Tap and Johnny Brenda’s], and that year our porter won silver at the Great American Beer Festival.

When did that brewpub close?

It closed in 1999. I was bailing out. The bar business is for kids, not older people. The next year I sold Sansom Street Oyster House, too.

Sold it to whom?

To Cary Neff. He kept it open for eight years, and then he went bankrupt. That’s when Sam comes into the picture.

OK, switching to you, Sam. What made you decide to take over the restaurant?

In 1999, when my dad was first looking to retire, I had just graduated college and I was living in San Francisco. He asked me if I wanted the business, and I said, “Absolutely not.” Philly was not on my radar.

What were you doing in California?

I was a school teacher. I taught second grade for five years, and loved it. But then I started thinking a lot about food. I enrolled in culinary school, and then started working in San Francisco restaurants. I worked at a place called Americano, on the waterfront, and then at Zuni Cafe, which was my favorite spot in the city.

Then you came back to Philly?

By this time, Cary wasn’t paying rent, and something was going to happen to this restaurant space. My dad was just going to find another tenant, but I thought about it and realized it was a huge opportunity. The restaurants I was eating in and working in in San Francisco and New York, there was nothing like them here. I wanted to create a real, East Coast seafood restaurant, but updated, modern and fun. All the seafood places in Philadelphia were old and stodgy.

Was it hard to turn your vision into reality?

My dad could not understand what I was trying to do – and neither did the first architect I talked to. But then I found Brett Webber Architects, and he worked on the layout for a long time to come up with what we have here. We gutted the entire restaurant – I wanted to bring light into the space. It was expensive, and dirty. It took us a full year.

When you finally reopened in 2009, were you successful? Because there was a bit of a recession right then.

A bit? It was like the Great Recession; are you kidding me? Everyone was warning me, “What are you doing? People aren’t spending money, they aren’t going out!” But we had nothing to compare it to. Maybe we weren’t crazy busy from day one, but it felt like it, because we were brand new.

Did you hire a chef?

I did, Greg Ling, but he didn’t work out for very long. I was the one who came up with the outline for the menu. I knew I wanted to continue serving the freshest seafood, but in a modern way. Before, it was like, order flounder and then pick a side. We did composed dishes. And a lobster roll. My dad said, “You’re crazy, this is Philadelphia, no one’s going to buy a $26 sandwich.” It’s our number one seller, to this day. We have people who come in just for that.

Has the Philly dining scene changed since you opened in ‘09?

Oh yeah, it’s exploded. I’m glad we got the lobster roll on the map first, actually, since a lot of other restaurants do them now. But what we did well from day one is offer value. People know that we’re not dirt cheap, but you’re getting really fresh fish that’s not going to cost an arm and a leg.  I think that’s why Bookbinder’s ended up going bankrupt, because, but it was so expensive, so over the top, with white tablecloths. That’s not what people wanted.

Oyster House was probably one of the first high-end spots to get rid of tablecloths, right?

Oh, we’ve never described ourselves as “high-end.” For one thing, we’re one of the few restaurants in Philadelphia that doesn’t take reservations. We seat first come, first serve, just like my grandfather did at Kelly’s. And we have a really diverse customer base. We get construction workers coming in, taking their hard hats off, and sitting next to a banker. Secretaries come in and ask to be seated in a different section, not next to their boss, so they can gossip. People who come here feel comfortable.

Plans for the future?

People ask me all the time if I’m going to open another Oyster House. They say, “You’ve got to bring this to the Main Line,” or “You’ve gotta open up down the shore. I’ve got the perfect spot!” Every other week there’s another Realtor asking me. I tell them, the Oyster House works because it’s here, on this block, where it’s been for 39 years. You can just duplicate it somewhere else.

So not another Oyster House. But we are working on another concept that I can’t talk about in depth yet.

Nodding Head Brewery recently closed right above you, on the second floor. Who’s coming in there?

Right. We’re working on it. 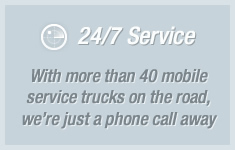